Waiting is the Hardest 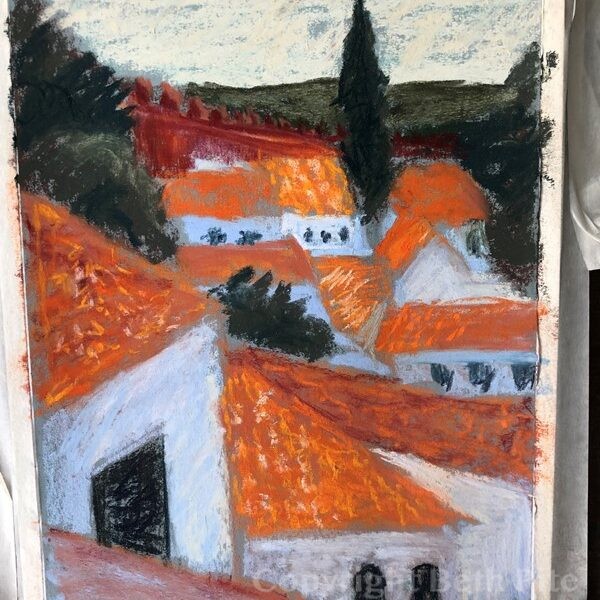 Tom Petty’s “the waiting is the hardest part” was the intriguing lead-in to a Wall Street Journal article shared by the wonderful investment advisors at Reservoir Financial. Alison Gopnikit’s article cited a classic social psych experiment that measured the ability of toddlers to resist temptation – in the form of marshmallows. Relating it to investing, she went on to explain additional research that shows resisting temptation is a socially learned, not innate, ability.

Personally, I’m not sure it was the best-designed research. While often claiming to “have all the patience of any self respecting two-year old,” I can easily resist marshmallows. Chocolate would be another story entirely, so clearly this skill is situation dependent. LOL While I have largely learned to control my impatience (some who see me in meetings might argue that point) and to resist temptation (or I’d weigh 200 pounds), there are times in my painting studio when moving more quickly is desirable.

Many artists work slowly and focus on details, only to find various parts of the painting don’t actually work well together. My approach is to control temptation only at the start of a painting, thinking a lot about the scene and what I want to convey. Then I dive in, working quickly to get the whole painting on the page with large shapes and important colors, all in one fell swoop. Details can come later and be changed pretty easily, thanks to my medium of choice, pastels.

This example of a work in progress is Obidos, Portugal, a hilltop town surrounded by an ancient Roman wall. I had a horizontal photo, but decided a vertical painting told the story better. I blocked in large shapes, and there it sat on my easel for a few weeks while I thought about it. The other day I dove in, getting the painting about two thirds done in one fell swoop. While there’s still lots to adjust, from roof shapes to lighting, the waiting is over and the main idea is there.